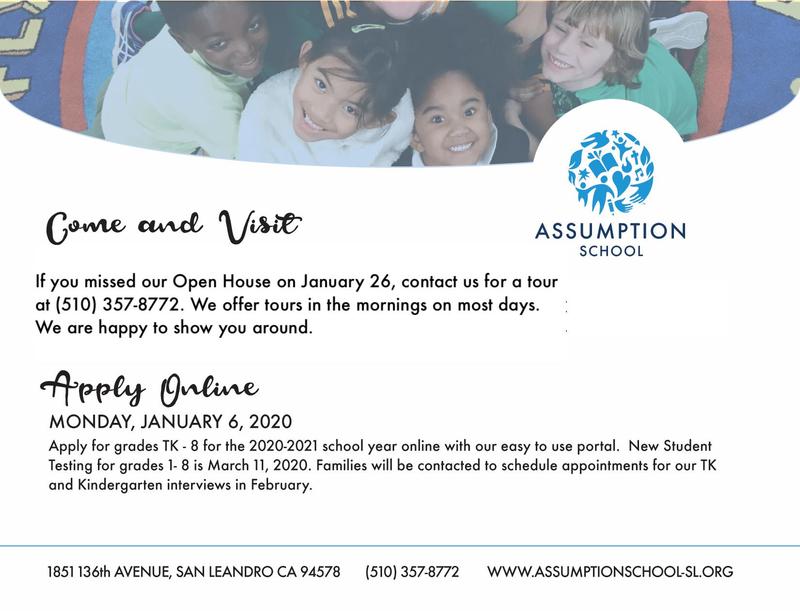 Our online application process is still open for any families with prospective students to our school until March 7 to register for our New Student Testing on March 11. After this date, applicants will be on a waitlist for new student testing and processing.

We have openings in all grades. Please send this link to any prospective families interested in a TK - 8th grade Christ-centered, community-based, and academically excellent education for their children. 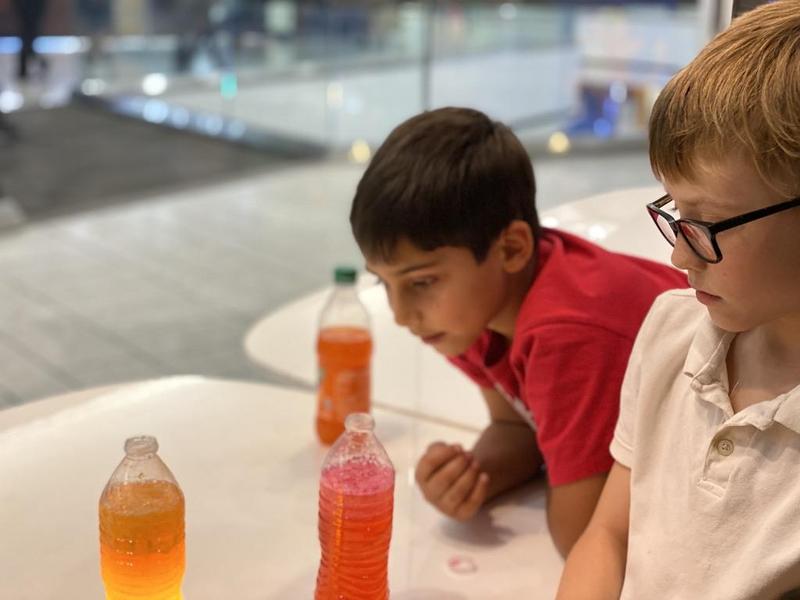 We had 20 kids from Assumption attend the Young Art Fundraiser on Friday, December 13th.
The kids did:
- art lesson
- small clay sculpture
- slime making
- salt art
- lava lamp making
- face painting
And 20% goes back to the school.
It was a wonderful night, thank you to all the families who participated.

It’s been busy in the Assumption School library! Students in grades 4 and 5 were invited to be “guest readers” for their classes. The library has already enjoyed the talents of Cameron Grell in Grade 5 and Ricky Fargo in Grade 4. There are even more volunteers extending into December and well into the New Year.

Reading stories aloud is not as easy as it may appear. There are many ingredients involved in creating a successful experience for both the reader and the audience. Some examples include the following: vocal inflection, enunciation, and how to hold a book effectively. It’s very gratifying to see the readers’ enthusiasm as well as the respect the audience shows to those students who are reading aloud. More to come in 2020! 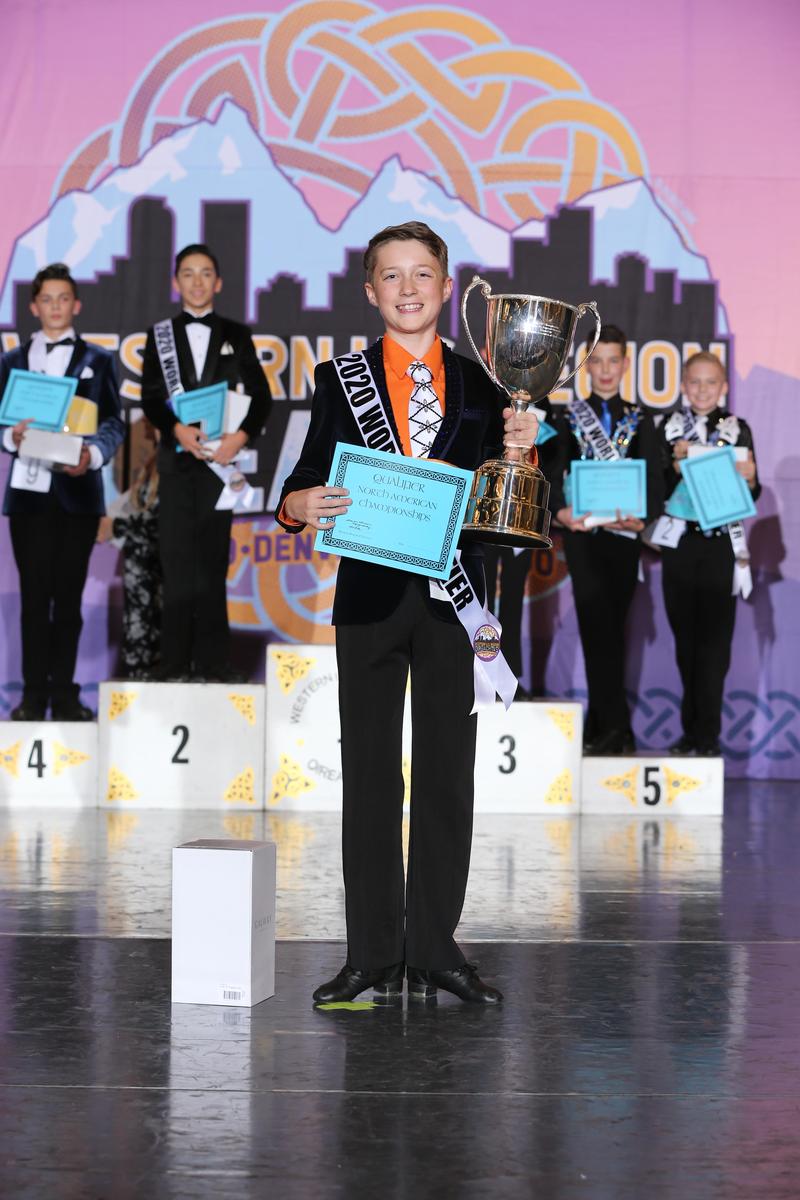 Eamon H. ('20) competed in the 2019 Western Regionals Oireachtas in Denver Colorado in November and won his division. Eamon has been competing in Irish dance for years and has traveled around the world competitively. We are proud of his hard work and dedication. It was HIS stage in Denver! Good job! 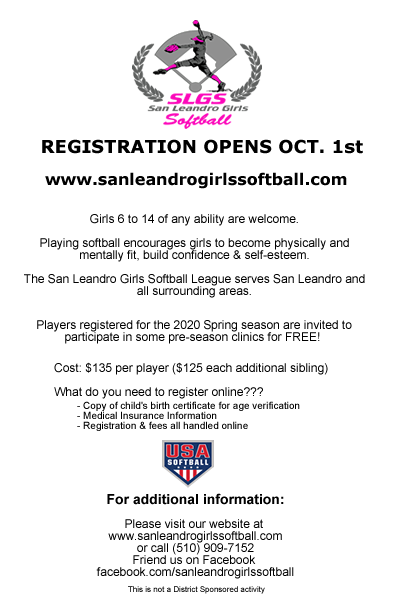 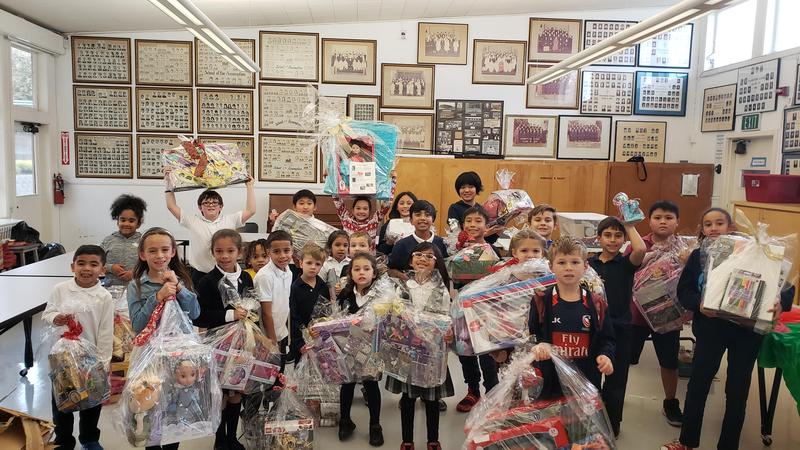 St. Nick's Boutique THANKS YOU!

Thank you for your generosity to this wonderful cause. See below for pictures of our wonderful volunteers, raffle winners, and for whom we do this event! 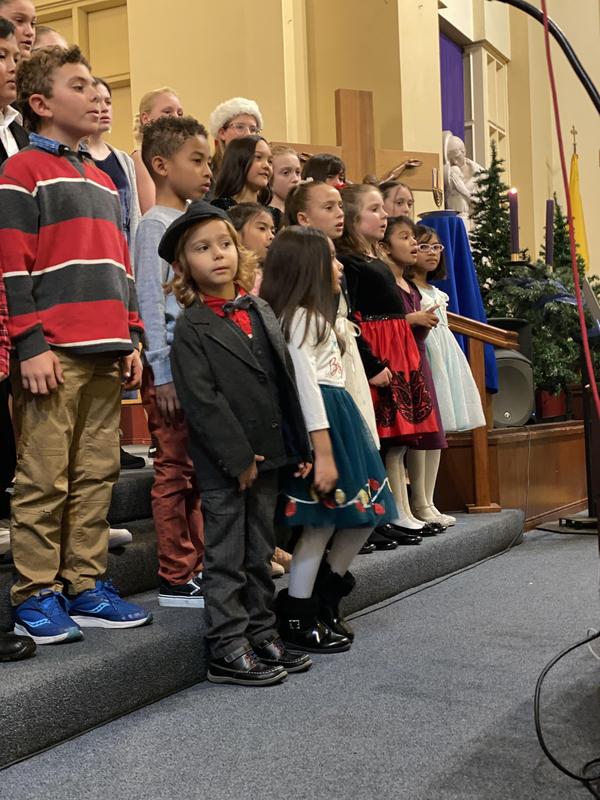 Advent to Christmas Concert was a hit!

See below for some pictures of the event. 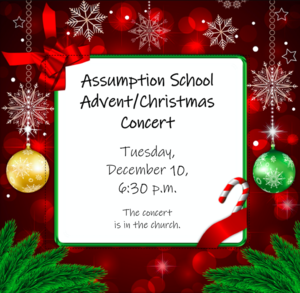 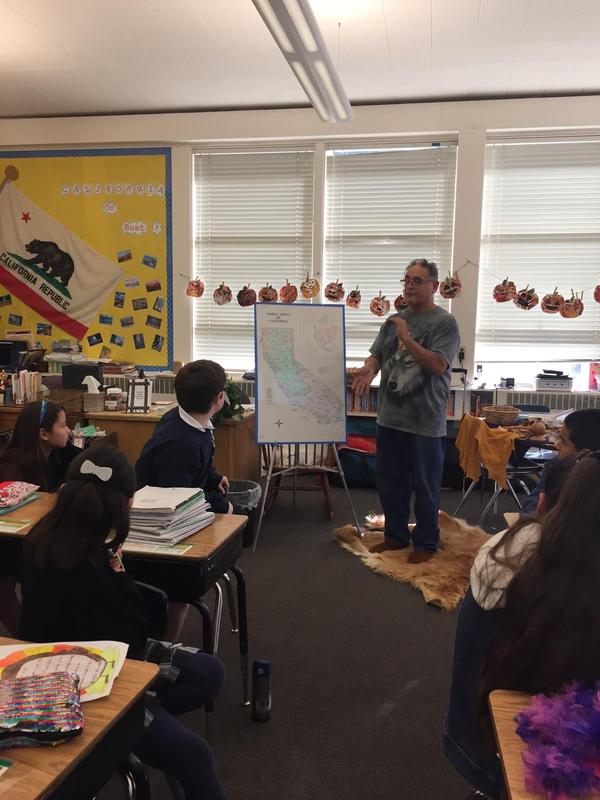 During a California Native American presentation by Monte and Dusty Pereira, the 4th Graders had the opportunity to try out some traditional Chumas tribe instruments. The instruments were made out of local plants and animals, such as a turtle shell, deer hide, kelp, seeds from plants, and a coyote paw. They never wasted anything from nature.

Mr. Monte Pereira was sharing with the 4th Graders about all the tribes who lived and live in California. He was also sharing with them how they communicated, since there were over 100 different languages spoken. 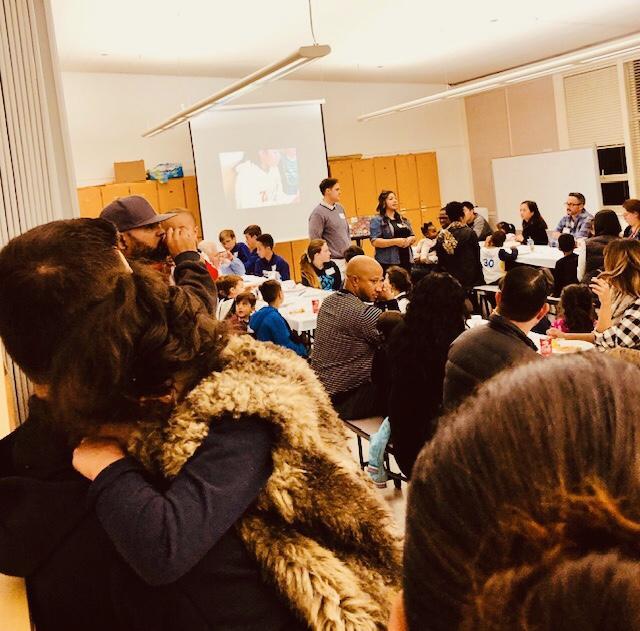